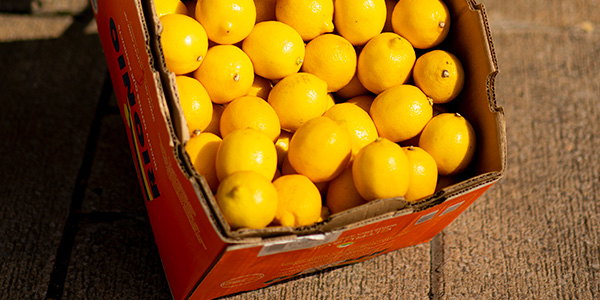 Whether it’s for a migraine, sporting injury, a bout of anxiety or an aching back, when you are ill or injured taking pain medication can sometimes feel like the only way to carry on with your everyday life. However, continually relying on them day after day can create its own set of problems.

Last year members of Dentists’ Provident who were off work claimed over £18,000 for headaches, migraines, coughs and colds; all relatively minor ailments that tend to only require over the counter medicines, with perhaps the need for prescription medication in more extreme cases. Dentists’ Provident however still encountered claims amounting to nearly £10,000 that were directly related to the side effects of medication and insulin dependency.

Of course, those suffering from a long-term or chronic illness or injury have an increased chance of relying on pain-relieving medication; not only because of the duration of their incapacity but due to the potentially increased risk of stronger prescription drugs being required.

In January this year the BBC reported on what it called the UK’s ‘growing problem of addiction to prescription drugs’. This followed the announcement that Public Health England (PHE) were to undertake a review of prescription medication focused on preventing the same issues that the US are currently dealing with. In October 2017 the US President declared that America's addiction to painkillers had got to a level where it was now a ‘public health emergency’ and he promised to focus resources on the abuse of prescription medication, including the misuse of opioids that are reportedly killing more than 140 Americans every day.

This could also become a problem this side of the Atlantic too with the increase of prescribed addictive medicines. Research published in September last year indicated that one in 11 patients in England is prescribed medication that could be addictive or prove difficult to withdraw from. This includes those pills that many may feel they need to turn to, like painkillers or antidepressants. For example, last year alone a drug commonly used to treat nerve pain and anxiety, as well as seizures and epilepsy was linked to 111 deaths in the UK.

PHE launched their review in direct response to the government’s growing concern over current prescribing habits that include a 3% increase in the prescription of addictive medicines over the last five years and the doubling of antidepressant prescriptions in England over the past 10 years.

In response, the British Medical Association (BMA) is calling for increased patient support, including the introduction of a dedicated helpline for those who develop drug dependency. They do, however, maintain that GPs will always only prescribe when it is in the best interests of the patient and, even then, they will always indicate the potential risks associated with any prescribed medication in addition to its stated benefits.

The report ‘Prescribing patterns in dependence-forming medicines (2000-2015)’ published at the end of last year by NatCen (one of Britain’s largest independent social research agencies), reported that not only were opioids approximately twice as likely to be prescribed as other dependence-forming drugs, but that over the fifteen year study there had been an upward trend in the time they were being prescribed for. This report used data from over 13 million consultations that occurred over the course of the study as part of the Clinical Practice Research Datalink.

Your patients may not be aware of the potentially adverse reactions to some of the substances you use in practice or prescribe them following treatments, whether this is a simple allergic response or a reaction to a medication. Most opioids for example have the ability to induce a pseudo-allergic reaction, even if it presents as nothing more than a short bout of nausea. If you have a long treatment plan and you are using these drugs for pain control, it may be worth considering other options like non-implicated opioids or drugs that are less associated with addiction.

How you deal with someone’s addition to prescription medication depends on the situation at hand. There are ways to beat an addiction that doesn’t necessarily involve more drugs, such as supportive therapies like cognitive behavioural therapy (CBT) or joining a self-help group. A GP or local drug-help centre should be your first port of call if you are worried for yourself or a colleague.

Dependency to over the counter and prescribed medicines is rare, but it is on the increase, so it’s worth being aware of, and taking action, to avoid them, especially if the patient suffers from a long term or chronic injury or illness, as taking such strong prescription drugs to relieve the pain can quickly become part of everyday life.