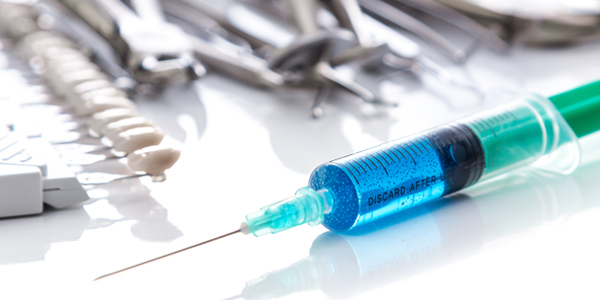 This third article in the series looks at how to be prepared in practice.

If you’ve read the first two parts of this series you’ll remember the huge variety of old diseases re-emerging from many corners of the world, as well as the new superbugs originating from viruses and bacteria. In this final article in the series we will look at the success of fighting back, both from a global and national level, as well as personal and professional ways to be more prepared.

“Somewhere in nature, a killer virus is boiling up in the bloodstream of a bird, bat, monkey, or pig, preparing to jump to a human being. This not-yet-detected germ has the potential to wipe out millions of lives over a matter of weeks or months. That risk makes the threat posed by…a ground war, a massive climate event, or even the dropping of a nuclear bomb on a major city pale in comparison.” This jaw-dropping quote is from leading authority on health Dr Jonathan Quick’s 2018 book ‘The End of Epidemics: The Looming Threat to Humanity and How to Stop It’. This puts the gravity of these microbes into perspective, and while we don’t want to spend our lives paranoid and overcautious, whether travelling or in the confines of a dental practice, awareness and preparation can go a long way to avoiding harm to ourselves, our family, colleagues and patients.

If you did read the previous articles you’ll be aware just how hard it is to fight back against these diseases, so any success in eliminating them from certain countries must be examined and learnt from. In August 2019 the New Scientist reported that the UK had lost its measles-free status with the World Health Organization (WHO) after there were 231 confirmed cases of infection in the first three months of the year; just three years after it was considered totally eliminated from the UK. The WHO recommends that 95% of the population need to be vaccinated with both Measles, Mumps, Rubella (MMR) jabs to achieve a high level of immunity in a local population, as it is one of the most infectious diseases. Last year, the UK was only at 87% in school children.

The WHO host an annual ‘World Immunization Week’ the last week of April to promote and educate people on the millions of lives saved each year due to vaccines. Since 2010, over a hundred countries have introduced new vaccines and more than 20 million more children have been immunised.

There are however a number of diseases that we are trying to fight back against globally. In 2019 the BBC reported that new technology was helping us to tackle some of these infectious diseases with inventions such as antimicrobial paints and powdered vaccines. There have also been some ambitious targets set and committed to, to rid us of these killers. For example, in 2017 the WHO and 50 other organisations declared a war on cholera, a waterborne disease, to reduce the number of cases by 90% by 2030, as there are around three million cases a year. This would mean totally eliminating cholera from 20 of the 47 countries it’s in.

In 2018 the WHO developed a special tool in order to prioritise the research and development for diseases that could become a public health risk. On this ‘Blueprint list priority of diseases’ are Ebola, Lassa fever, Nipah and Zika amongst others covered in the last article. There is also space for what is referred to as ‘Disease X’ on the list, that shows there is commitment to spending time and money on the unknown threat described by Dr Quick.

Wild polio has almost been brought under control by the oral polio vaccine which contains a small amount of the live virus that can replicate inside us and protect us. Cases have decreased by 99% since 1988 from 350,000 reported cases to 33 in 2018. This marks a significant step in global eradication. Nigeria has officially wiped it out after three years without a case and India eliminated it in 2014. It is now confined mainly to Afghanistan and Pakistan, with only a handful of cases being identified in each in 2017.

What appeared to be a winner but has now been disproved are alcohol-based hand sanitisers that were introduced into hospitals in the early 2000s to stop the spread of drug-resistant superbugs like methicillin-resistant Staphylococcus aureus (MRSA) and vancomycin-resistant enterococcus (VRE) from people’s hands. It was reported that these sanitisers were effective, but evidence now shows this is not true and the bacteria has triumphed again. Some superbugs have found a way to alter their genes to make it harder for us to kill them. Although these bacteria had already evolved resistance to antibiotics, it was assumed they wouldn’t be able to do the same for alcohol. Another problem is that the chemicals in the hand sanitisers are also known to kill the bacteria that is good for us as well as that which is bad.

A more familiar concern in dental practices, due to the fact that the disease can be found in dental waterlines, is Legionnaire’s disease. The latest Public Health England statistics show that between 2014 and 2016 there were over 300 cases of Legionellosis a year in England and Wales. Legionnaires, of course, is the severest form of the disease caused by the bacteria Legionella. Legionella requires temperatures of 20-45 degrees centigrade to survive and multiply, and the chances of this increase in stagnant water.

To comply with CQC requirements, DoH’s HTM01-05, HTM04-01, COSHH plus HSE and other regulations, all dental surgeries must perform a Legionella risk assessment to check if the bacterium is present in waterlines. The risk is low in dental practices but it is still important to monitor dental waterline units and continually maintain a control of biofilm as that, as well as corrosion and sludge amongst other waste, provide a source of nutrition for the bacteria.

The first official case of someone contracting Legionnaires from a dental practice was in 2012, where an elderly female patient in Italy died. During the incubation period for Legionellosis, she had only left her home to visit her dentist. Investigations revealed high numbers of Legionella in the tap water and (dental unit water lines) DUWLs in the dental practice but none in the water supply in her home. There were also suspicions of a dentist dying in the early 1990s in California but it couldn’t be confirmed as there was evidence in his home as well as his practice.

How to be prepared

Without a crystal ball, no one can predict which re-emerging bacterium or new virus that could create the next epidemic, or potentially even a global pandemic. Experts around the world are however racing to be prepared in how to deal with it faster than they were for the Ebola outbreak in 2014, for example. With many of the most troubling viruses coming from tropical places and being spread by animals to humans, the Global Virome Project hopes to be able to genetically map undiscovered viruses from the families of bacteria we do know, but this of course costs billions of pounds.

The Weekly Epidemiological Record (WER) that can be downloaded from the WHO’s website shares information on cases and outbreaks of diseases of public health importance, including emerging or re-emerging infections and you can sign up to receive them.

What can you do?

From a personal point of view, you should be careful with your next travel plans and be sure to check the WHO’s advice before you step foot on the plane. Obviously, dentists and DCPs have a professional responsibility in practice to ensure that pathogens aren’t passed between patients and staff. Today’s dental practices are potentially breeding grounds to spread disease, whether it is from blood-borne pathogens like viral hepatitis, multidrug resistant MRSA or the norovirus. Infectious diseases can be spread by touch, which is why excellent hygiene for hands and surfaces, as well as equipment, is vital. For example, MRSA can survive on surfaces from seven days to seven months.

Sometimes it takes a shocking case for things to change. Some will remember the sudden panic of CJD in 2007. Instructions came from the Chief Dental Officer to now only use single use endodontic instruments in practices and for companies to provide clearer instructions for the use of autoclaves to clean instruments to ensure that prions weren’t still present. So an effective environmental infection prevention strategy is vital in practice.

In 2017, dentists claimed nearly £40,000 from Dentists’ Provident for infectious diseases of various kinds and over £1,000 was also paid for a claim of e-coli and another for malaria/dengue fever following a trip abroad, so remember you aren’t immune yourself.

It has been reported that by 2050 drug-resistant infections will kill more people worldwide than cancer unless we act now, so perhaps it is a good time to check that your environmental infection policies are up to date in practice.