Out with the old and in with the new…and ancient!?! Part 2 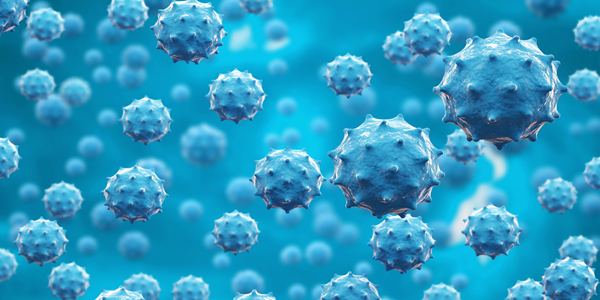 In the first article we looked at the reasons for the re-emergence and increasing spread of diseases we thought were confined to the history books such as the Plague, Tuberculosis and Scarlet Fever, amongst others. In this second article we look at the new superbugs that are causing epidemics and pandemics that governments worldwide are finding hard to react to and beat.

In recent years we have seen many reports of pandemics of new infectious diseases peppering our media. In response to these outbreaks, many governments worldwide have prepared for their likely spread, as we have seen with Ebola and Avian Flu. Indeed, for the first time we have an international emergency medical response team putting proactive programmes in place globally in an effort to reduce the threat.

An interesting read, if you are that way inclined, is the World Health Organization’s (WHOs) list of diseases requiring cures, and quickly; a watch list if you like for those that can spread quickly and cause a significant death toll. The current list includes 19 diseases, from the more familiar SARS, Avian flu and Yellow Fever to the less familiar but equally worrying Lassa Fever, Chikungunya, Nipah virus, Rift Valley Fever and the Zika virus.

Some of these diseases have until recently been restricted to certain parts of the world, such as the African continent, but are now spreading for the first time.

Most infections are spread from insects or animals to humans who are in close contact. As a result of globalisation caused by relatively inexpensive intercontinental jet travel, increased urbanisation, climate change and ever-expanding trade routes, these ‘bugs’ now have a greater chance than ever of spreading more aggressively. And some of these creatures are more aggressive than others. Mosquitoes, for example, kill hundreds of thousands of people a year through malaria and can spread 15 different diseases including Zika and Yellow Fever. Scientists even suggest that of the billions or so humans that have ever lived, half may have been killed by malaria.

A disease to be wary of, especially if you’re travelling to Central or West Africa, include the Ebola virus which is transmitted to humans through contact with wild animals which can then spread the disease to others through close contact. With a fatality rate of around 50%, and no licensed vaccine currently available, its worth being aware of. The 2014 to 2016 outbreak was the largest and most complex outbreak since it was first discovered in 1976. There was another outbreak reported in the press in The Democratic Republic of Congo in 2018 with 1,700 deaths and another in 2019, forcing increased vigilance. From January to June 2019, as many as 2,000 people were reported to be infected, leading to 1,400 deaths. To make matters worse, the New Scientist reported at that time that half of all Ebola outbreaks may actually go unrecognised. Authorities confirmed last year that this latest outbreak had spread to Uganda following the death of a five-year-old boy and his grandmother. The last cases closer to home were in Italy in 2015 and the UK in 2014. Some good news is that in August 2019 the New Scientist reported on clinical trials in the Congo where they found two new drugs that appeared to be effective in treating people with Ebola, reducing the cases of deaths by nearly half. They stated that so far in this recent Ebola crisis that 2,800 people have been affected and there have been 1,900 deaths.

Another disease is Lassa Fever, which is also transmitted by animals and again found in West Africa, with over 300 cases and 72 deaths in Nigeria in just the first month of last year, enough so that the Nigeria Centre for Disease Control declared the outbreak as an emergency and recommended that people should keep away from the area. There are an estimated 100,000 to 300,000 infections worldwide annually, with approximately 5,000 deaths. It is also hard to diagnose as around 80% of those infected have very mild symptoms.

Outbreaks of the Zika virus (caused by a bite from an infected mosquito) have been recorded in Africa, the Americas, Asia and the Pacific, so be careful where you travel to these regions. As is widely reported, it is especially dangerous for pregnant women. In 2017 thousands of Zika virus cases went unreported in Cuba, as the authorities didn’t follow the internationally-agreed practice of notifying the Pan American Health Organization. In total that year there were nearly 6,000 suspected cases. Such ‘hidden’ outbreaks can, of course, be dangerous as they can cause an epidemic because health authorities and travellers are unaware of the risks. In February 2019 Public Health England (PHE) updated their guidance towards the Zika virus for those considering travelling to impacted areas, following a greater understanding of its pattern of transmission since the initial outbreak in 2015. This new guidance included highlighting the risk for couples considering pregnancy due to the risk of babies being born with microcephaly.

Avian/Bird Flu continues to emerge and it is expected to be deadlier now than swine flu was in 2009. In 2017 the New Scientist reported that Avian flu had had its deadliest year since it re-emerged in 2013 with over 700 people in China contracting it and more than a third dying. There haven’t been any cases so far in the UK but, with a mortality rate of around 60%, its worth being aware of it if you travel abroad. However, there have been recent reports of an increased risk in the UK if you are near farmed birds, due to affected wild water birds arriving from Denmark, the Netherlands and Northern Germany.

Closer to home, something that has plagued our woods since 1975 is Lyme disease, and it’s making a comeback as there isn’t a vaccine and it can be hard to diagnose as tick bites can be difficult to spot. There was a vaccine in the late 90’s in the US that the Food and Drug Administration (FDA) approved, however, it was withdrawn after four years due to anti-vaccination activists claiming that its side effects caused arthritis despite there being only 905 cases after 1.4 million doses were administered. There is a vaccine for pets but we are unlikely to see another for humans for some years yet. The WHO estimate 65,000 people get Lyme disease in Europe every year and, in the UK, two to three thousand cases are diagnosed annually, up tenfold from 2001. Scientists blame the increase on climate change. In 2018, Dentists’ Provident paid nearly £3,000 to dentists with Lyme disease for the duration of their recovery.

So even though there is a continued worldwide threat of epidemics and pandemics of these bugs and diseases spreading across our planet, governments and other bodies are learning more about them, testing newly identified drugs that can help and creating systems to combat these threats.

In the third article in this series we will look at where, as humans, we are wining in the fight back with these tiny killers.