Time for a spring clean? 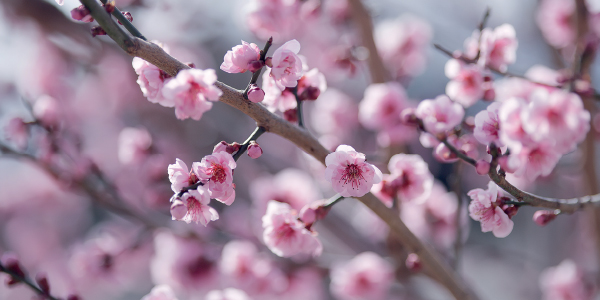 We love the seasons – we live in the UK so we have to – and as we embrace every changing season we try to find the positives in each; the colourful leaves of autumn, the warmth of a cosy pub fireside in winter, an active British summer outdoors and of course the start of spring.

With the daffodils in full bloom and the longer evenings, spring is certainly in the air and after what feels like an eternal winter, thoughts of trading the treadmill for the country lanes, getting home from work before dark and alfresco dining is enough to put a smile on our faces. However, at least half of UK adults experience negative changes in their health with the change to spring, including more frequent headaches, increased migraine attacks, tiredness and catching more colds.

There are pros and cons of every seasonal change on our health and wellbeing and this article will explore some of them for spring, for you and your patients.

Spring - the season of rejuvenation and renewal

When the clocks go forward, although it’s not ideal to lose an hour’s sleep as it can upset our body's circadian rhythm and cause issues with eating and sleeping routines, it still feels like a positive time of year. The nights are getting lighter and you begin to feel the warmth from the sun and that can be enough to make us feel better and full of energy after a cold, wet, dark winter.

The start of spring is certainly something we should celebrate, and this is done in many different ways around the world. In England, surfers celebrate the spring equinox by riding the Severn Bore, a tidal wave that rolls down the River Severn.

The supporters of the clocks going forward state that it is good for our finances, as well as our physical and psychological health, such as if you have suffered from Seasonal Affective Disorder (SAD) over the winter months. The lighter evenings mean that our energy bills are lower and the number of crimes and road traffic accidents also reduce.

More and more studies are being carried out to discover what happens to our bodies and behaviours with the changing seasons.

Researchers in Belgium have shown that our brain activity peaks for tasks involving our attention span in the summer and memory in the autumn, suggesting that our brain may work in different ways to compensate for the seasonal changes. The lowest time for memory recall was actually seen around the spring equinox.

So if you can identify what areas your brain works best at certain times of year, like spring, you could plan annual tasks that are relevant to then. Maybe this is why we choose to ‘spring clean’ at this time of year as it doesn’t involve deep concentration or brain power?

The warmer weather also brings welcome relief for suffers of arthritis or chronic back pain as people notice the symptoms lessen on dry, warmer days with a more consistent temperature. Whether this is because of the weather or the effects that it has on our mood, physical activity, perception of pain and illness, is unknown.

What to prepare for

Spring is also a time for hay fever, or seasonal rhinitis, which as we know is caused when grains of pollen are released into the air by trees and grasses as part of their reproductive cycle. So, for many of us that happy feeling is quickly replaced with dread; the dread of streaming noses, sneezing, itchy eyes and throats and our heads feeling like they are about to explode!

This allergic reaction is misery for the millions of people who suffer from it as there doesn’t seem to be much that can relieve the symptoms. About 950,000 people a year in the UK go to their GP about hay fever, with over half of them experiencing it for the first time. Accurate numbers of sufferers are hard to define as many people simply just buy over the counter products such as antihistamine tablets, nasal sprays and eye drops.

There is also an increase in the number of people finding they have hay fever for the first time in their thirties, forties and fifties, and no one really knows why. Stress can bring it on, as can moving environments from the city to the country, for example. Scientists have also blamed climate change, as the grass and tree pollen seasons are getting longer,  and many also cite the ‘hygiene hypothesis’ as a reason; that is our homes getting cleaner and the use of antibacterial cleaners that prevent our immune systems from having to fight allergies.

Allergy UK, a national charity supporting 21 million allergy sufferers in the UK, supports this hypothesis and also speculates on the yet unproven theory of the increased use of vaccinations and antibiotics contributing to our immune systems not reacting to allergens due to the fact that they have not been stressed by fighting diseases, as they were in the past.

Also it has been said that certain foods can increase your risk of spring allergies. Dr Joseph Leija, MD, an American allergist reported a couple of years ago that people with grass allergies should avoid melon, tomatoes and oranges for example.

You can find out where your local NHS allergy services are on the NHS website, where you can get advice and guidance if you are a new sufferer wondering where to turn for help.

Last year two dentists actually had to take time off work due to the severe effects of rhinitis and claimed from Dentists’ Provident. We also paid claims of nearly £70,000 for respiratory tract infections and over £3,000 for asthma, all potentially related to the increase in allergens.

In 2015 we paid claims of over £50,000 for the autoimmune-disease multiple sclerosis (MS), and scientists say its symptoms worsen in spring. They don’t yet know whether this is related to the effect of winter infections on our immune systems, or the natural seasonal changes in chemicals such as vitamin D and melatonin on our bodies.

In some countries medics have also found that cases of breast cancer in women and prostate cancer in men appear to peak in spring. They suggest that breast cancer is likely to be hormone related, but they can’t exclude environmental factors. The association with breast cancer and spring is also more obvious the further you move from the equator, where seasonal changes are more dramatic, so that does suggest a seasonal influence.

It has also been reported that there is an increase in heart attacks in the spring. Dr Amneet Sandhu, a cardiology fellow at the University of Colorado found that on the Monday immediately after the clocks go forward heart attacks increase by 25 per cent. Again they are still researching the reasons why.

Another area that scientists have observed peaking in spring is suicide rates, especially among younger people. A paper published in 2012 reviewed all the studies of suicide risk between 1979 and 2011 and found the most consistent themes was the peak in suicides in late spring and early summer.

So it’s clear it is worth noticing any changes in your mental or physical health and wellbeing as the seasons change, as well as perhaps noting them in your patients by asking relevant questions in their medical history checks.

It could also be a good idea to discuss the changes in your patients’ mouths as the seasons change. Obviously the cold effects people with sensitive teeth, so with the warmer weather they may notice less of a problem, unless they are eating foods that will have more of a negative impact such as ice cream.

Your patients however may not realise that hay fever can also affect their mouths, as congestion from allergies causes sinuses to swell, that puts pressure on the roots of teeth and could cause pain and discomfort in their teeth and gums. This is more often noticed in the upper back molars and can be relieved by treating the build-up of the sinus pressure.

As the sun appears over the horizon many people also start thinking about their summer diets and it’s important to remind your patients about the harm that acidic foods, even ones such as fresh fruits and smoothies, can have on their teeth and gums, and minimising them to meal times. Also don’t forget to remind those people who are active and use sports drinks to supplement their exercise programmes, as these are also very acidic.

Spring is essentially a positive time of year and whether through tradition or just the feeling of ‘regeneration and renewal’, you succumb to clearing out those top cupboards or the back of the garage, your brain is carrying on doing its own ‘spring cleaning’. Research has shown that your brain clears out rubbish inside its cells; deep inside your brain, stem cells stay ready to turn into new brain and nerve cells whenever you need them most and as your cells age or get damaged.

With this year’s World Oral Health Day that was on 20 March, the same as the spring equinox, Allergy Awareness Week from 25 April and the International Dawn Chorus day on 1 May, now is a great time to educate your patients and encourage them to actively ‘spring clean’ their minds, bodies and mouths, you may even be able to convince your team to do the same as well…