With national ‘no smoking day’ not long behind us in March, controversial findings on the effects of COVID and smoking, and evolving studies into vaping, now seems to be a good time to reflect on where we are as a nation of smokers.

The harmful effects of tobacco use are well-established. Tobacco kills half of its users according to the World Health Organisation (WHO) and causes 8 million deaths worldwide every year from cardiovascular diseases, lung disorders, cancers, diabetes and hypertension. Smoking tobacco is also a known risk factor for disease and death from many respiratory infections.

The NHS state that smoking is one of the biggest causes of death and illness in the UK, with 78,000 people dying every year. The UK National Statistics data, published in 2019, showed that 4% (nearly 500,000 people) of hospital admissions were attributable to smoking, with smoking causing 17% of all UK deaths in people aged 35 and over, and being the largest cause of cancer in the UK.

Public Health England (PHE) aims to see us as a tobacco-free country by 2025/2030. However, despite a continuing decline in smoking rates, nearly 1 in 5 adults in the UK smoke and there are around 90,000 regular smokers between the ages of 11 and 15.

Smoking, like drinking and other unhealthy activities that can be used as stress-relievers, can feature in a dental professional’s life from being a student and for some, continue throughout their careers. And, obviously, as a health professional, you are acutely aware of all the reasons not to smoke, yet perhaps find it just as hard as anyone else to stop.

Bryan Gross, Head of Underwriting at Dentists’ Provident said “The evidence now behind the enormous impact smoking has on a person’s long-term health, means that we have to impose an extra charge, and effectively smokers pay a 50% higher premium than non-smokers. It makes sense for us to recognise non-smokers or those who have shown a commitment by giving up for 12 months or more, by then considering them as non-smokers, effectively rewarding their conversion to a healthier lifestyle.”

Last year around 4% of male claims and 14% of female claims to Dentists’ Provident related to cancers. This included supporting members with nearly £50,000 for breast tumours, over £40,000 for those related to the spinal cord and nervous system, over £30,000 for leukaemia, nearly £20,000 for lung cancers and nearly £120,000 for cancers relating to other internal organs such as the prostate, pancreas and colon. These all demonstrate the impact it has on the lives of dentists and the time that is required away from surgery to treat these diseases.

For around a decade now dental professionals have been encouraged to routinely ask patients whether they drink or smoke, not only because both can affect oral health as well as increasing their risk of oral cancer and periodontitis, but also as part of their responsibility for patients’ overall health. The GDC is explicit about all registrants giving patients advice on how to stop smoking.

Many dental practices have dedicated pages on their website, making a big feature of national non-smoking day every March and tasking dedicated professionals, such as in-practice oral health educators, to focus on patient’s overall health as part of a routine visit. In October 2020, Dentistry online discussed adding smoking cessation advice into telephone triage services, as patients were harder to access during the COVID crisis lockdowns.

As well as their GP, there is a huge amount of advice out there to direct your patients towards, supporting the work you do, whether that’s online smoking forums, social media groups, national charities or the Oral Health Foundation. Hypnotherapy has also been reported to achieve some success in helping give up smoking, but the studies are mixed, with some suggesting that it is no better than other talking counselling or other therapies.

There are many factors as to why being at home during the pandemic might encourage smoking. There’s stress, feelings of isolation, and in some people - feelings of anxiety, fear, and other negative emotions. All of which can serve as triggers for tobacco use. For some, however, the lack of social interaction made this an ideal time to quit smoking, from the start of the first lockdown until mid-July 2020 a million people stopped smoking.

This is welcome news, as at the time of writing, evidence is also emerging on the physical links between smoking and COVID-19. Some early articles suggested that smoking could make it more likely to catch COVID and get seriously ill from it. This is partly because smokers touch their face and mouth so often, meaning they can become infected more easily. Add to this the fact that smoking damages your lungs, making you more susceptible to severe illness from respiratory diseases - possibly including COVID - and that smokers are five times as likely to develop influenza and twice as likely to get pneumonia, although more studies are needed to better understand the link between the two.

Health risks of smoking and screening

The NHS state that smoking increases your risk of developing more than 50 serious health conditions, of which some are fatal and others cause irreversible, long-term damage. It causes 70% of all lung cancer as well as contributing to at least 15 different types of cancer. It also damages your heart, increasing the risk of developing heart disease, stroke and peripheral vascular disease.

We do know that smokers suffer from more dental plaque and smoking obviously leads to gum disease and can cause lung, throat and mouth cancers. Even smokeless tobacco can increase the risk of head, neck, throat and oesophagus cancers and other dental diseases.

It is vitally important therefore that smokers are screened regularly, but with mouth cancer cases on the increase, it is vitally important that all patients are checked as an early diagnosis is often critical to successful recovery. As part of last year’s Oral Health Foundation’s Mouth Cancer Action Month, a ‘State of Mouth Cancer’ UK Report was produced showing that new cases of mouth cancer in the UK reached nearly 9,000, an increase of almost 60% in the last decade with nearly 3,000 individuals losing their lives.

In March this year the BSDHT published an article investigating whether patients were aware of having oral cancer assessments during their routine dental appointments, and whether they would be happy to carry out self-assessments at home. The results overwhelmingly showed that patients felt confident to assess their own mouths once a month at home, so this may be another viable solution if there are reduced screenings, such as during the COVID pandemic, when mouth cancer referrals fell by 65% from the start of the first lockdown.

Vaping is considered by some to be the ‘silver bullet’ for smokers trying to quit, after many people have struggled to quit through using gum, patches or the ‘cold turkey’ method for many years. A major UK clinical trial published in 2019 found that, when combined with expert face-to-face support, people who used e-cigarettes to quit smoking were twice as likely to succeed as people who used other nicotine replacement products. The e-cigarette allows nicotine to be inhaled as a vapour rather than smoke, and as they don’t burn tobacco, produce tar or carbon monoxide, are considered less dangerous than smoking.19 In fact it is considered to be 95% less harmful based on a PHE independent e-cigarette report in 2015 and supported by evidence by The Royal College of Physicians in 2016.

Each year brings further studies on the subject. In October 2020 the Cochrane library reported their work on the effect and safety of using e-cigarettes to help people stop smoking. In terms of the dangers of vaping they didn’t find any harmful effects related to the devices themselves, however they did add a word of caution; at the time of writing the number of studies was small with the longest follow‐up only being two years. On a positive note, they did see that there was evidence that e-cigarettes containing nicotine increased the rates of quitting smoking compared with those without nicotine and other nicotine replacements.

In PHE’s 2021 review of all of the current evidence to see how vaping was being used, they found that nationally the proportion of people who had vaped for over three years had increased by 15% from 2018 to 2020 to be nearly 40%, with over half of those users trying to stop smoking. Worryingly though nearly 40% of smokers still believed that vaping was as harmful as smoking. Interestingly they also looked at those who had never smoked to see if vapes were being used. With younger age groups they found that nearly 30% had tried vaping and hadn’t progressed to smoking. And with those over 18, over half of those who had never smoked had tried vaping and over 6% were vaping daily. Despite this, statistics on a regional basis ranged from 50 - 80% to show that vaping was still very positively and successfully associated with giving up smoking.

However, there are risks. Deaths and serious illnesses caused by vaping are starting to become news. In the US, according to the US Centers for Disease Control and Prevention, as of mid-January last year, more than 2,600 people had been hospitalised for lung injuries associated with e-cigarette or vaping, and of those, 60 deaths had been confirmed across 27 states. Regrettable as these figures are, they are tiny when compared to the millions who have died or been hospitalised from cigarette smoking.

Giving up smoking or helping and positively supporting members of your team who are smokers, as well as your patients, could be one of the most important things you do for the health and wellbeing of our nation’s future health. 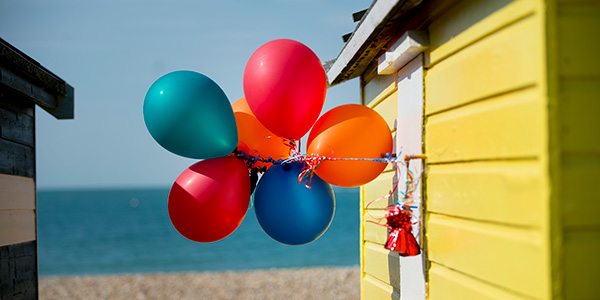 We are pleased to announce the successful conclusion of our 2021 Annual General Meeting. We would like…

With national ‘no smoking day’ not long behind us in March, controversial findings on the effects of C… 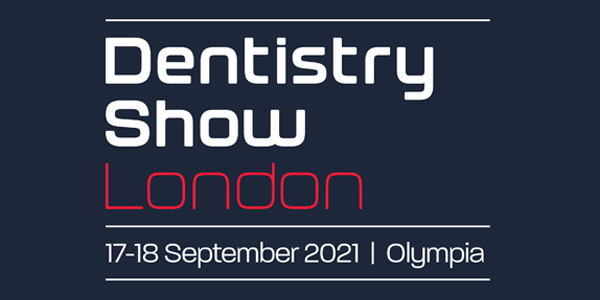 We look forward to meeting you on the stand if you are interested in becoming a member or discussing your plan.