Article 2: When the pressure increases 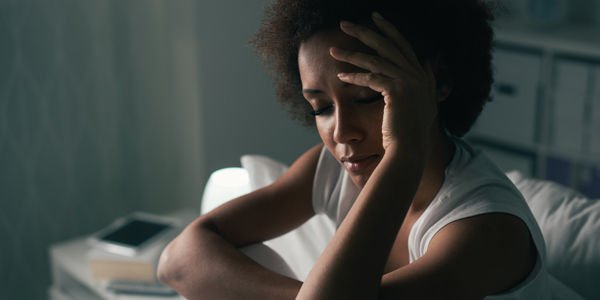 In this second article in the series of the pressures and issues experienced at dental school and after graduation, the focus is on mental health issues, when and how they occur and what could be done to prevent them.

Dentists of every age reading this will remember the ups and the downs of being a dental student, whilst others will filter out the lows and only remember the good times, away from the pressures of the real world. But when you are going through the five or so years of toil, you feel there is enough on your plate keeping up with the late-night studies, passing exams and learning how to deal with patients to take on any more strains and stresses.

Dentistry is considered by many to be a stressful profession; you are extremely reliant on your physical and mental wellbeing, from the excellent functioning of your eyes, back, hands and feet to your patient, calm considered nature and quick thinking. This pressure never really relents throughout your career.

Mental health issues can present themselves from a young age and the Institute for Public Policy Research recognises this as an issue amongst UK students generally.6 In November 2019 there was a second event following the ‘Improving Student Mental Health Outcomes’ conference in the March. It addressed the mental health needs of students covering a number of areas including social media, how to identify issues before they become a crisis, and how to engage with students on emotional resilience and techniques such as mindfulness. There are also a number of studies that have documented the pressures that are specific to dental students in this regard.

In March 2019 an opinion paper in the BDJ described a study undertaken with final year students from Kings’ at Portsmouth Dental Academy. The paper acknowledged the stress experienced within the dental profession and the number of previous studies about the psychological stress experienced in undergraduate dental degrees and the impact it had on general health. This was primarily attributed to the early clinical exposure and the intensity of the five year programme. However they questioned what was being done about it in terms of teaching management techniques, challenging stress effectively and undertaking personal interventions. With this in mind, over four years their study looked at educating final year students to identify, recognise and deal with stress by adopting coping mechanisms. They worked through the reasons for the perception of stress, trying practical models that could be used to combat the feeling, as well as personal activities such as meditation and Pilates. It was recognised with the staff and students involved, that it wasn’t enough simply to tell students about experiencing stress, but that they required talking through potential interventions. The students also expressed the need for this to be done universally and earlier than in the final year.

Mental health issues in dental schools are a global issue. A study paper in 2017 from a Saudi Arabian dental school found a high occurrence of depression, anxiety and stress in undergraduate dental students. They used a tool that looked at the scale of all three mental health conditions to see if there were differences, as they were unable to find a study that split them effectively. Stress appeared to increase through the years but depression did the opposite. There was also a perceived lower level of stress where the students had a good relationship with their peers and were supported by faculty staff. The reason stated for the high occurrence was the same as has been identified in the UK; workload, clinical requirements and exams. Interestingly the cultural differences became evident in the coping mechanisms as students tended to use more shopping, reading, watching TV and sleeping compared to UK schools where the misuse of alcohol and recreational drugs as methods of coping is more prevalent. Since this study, the school has introduced a variety of regular stress management techniques ranging from relaxation strategies, counselling workshops and studying and test-taking skills sessions. In February 2019 there was also a study in New Zealand looking at using cognitive behaviour therapy (CBT) to reduce the perceived stress of fourth year dental students. The results showed it had an active and positive effect on reducing stress. In 2014 a paper was written in Spain to compare the burnout, depression and suicidal tendencies among second, fourth and final year dental students. They found that second and fourth-year students showed more prevalence of burnout and suicidal ideas than in the fifth year. These students also showed dysfunctional coping mechanisms, so they proposed individual resources and education on prevention and stress mangement.

A study as far back as 2002 looked at the changing patterns of excessive and harmful drinking, illicit drug use, stress and anxiety in dental students in Newcastle. They noted that a significant proportion suffered from stress and anxiety and drank at hazardous levels, at greater levels than medical students.

Interestingly a student from Birmingham dental school wrote in The Probe magazine during the summer 2019 about the pressures of dental school with late night studying due to a fear of failure and how she neglected her health and wellbeing. She also commented that they were bombarded with being told how the stresses would increase once in practice but felt these would just be different to those experienced at dental school. Positively she did say that although there wasn’t a great deal of support Birmingham have now introduced some resilience training, recognising the pressures within university.

While the pandemic is very much here and now, mental health problems have the potential to linger. Uncertainty surrounding when or even if you will finish dental school, not to mention what the profession will look like when you graduate,

As well as feeling overwhelmed and not able to cope, these issues could lead to using coping mechanisms that have a negative impact on physical and mental health and wellbeing. While many students drink alcohol to excess as part of the university experience, it is the reliance and triggers, or motivations for that drinking or their taking illicit drugs that should be monitored. Addiction, of course, is a neurological process. Your brain starts to crave the dopamine ‘hit’ and it can feel like your coping. It is however your relationship with those stimuli and the triggers for them rather than how much of them you’re having that causes the problems.

If these issues aren’t recognised and dealt with appropriately while the individual is at undergraduate level, they could be compounded once in dental practise. Regulation, patient expectations and the fear of being sued, for example, could lead to further stress, anxiety or depression, causing a perfect storm. Following this path, dental professionals could find themselves turning to the self-prescription of drugs or alcohol in the misbelief they are coping that could lead them to retire early due to ill health.

The BDA wrote a research paper in 2017 titled ‘The Mental Health and Well-being of UK Dentists: A Qualitative Study’ where they reviewed a number of related papers. One paper reviewed showed that 30% of graduates experienced significant psychological symptoms, some of which were linked to their fear of their making mistakes and the subsequent litigation of patients. They also noted that additional levels of debt was another source of stress for new graduates, exerting considerable pressure for them to increase their workload. Following this the BDA called for resilience training for dental students and Foundation Dentists/Vocational Dental Practitioners.

Interestingly a Croatian paper in 2016 looked at the occurrence of many of the potential occupational risks that dental students and dentists ultimately face. They noticed that these caused harmful habits such as smoking, drinking and a lack of physical activity. They looked at each area of occupational risk individually to find a workable solution including examining individuals’ exposure to biological, biochemical, physical and psychological issues. As a result of the study, they introduced a new course into the dental curriculum entitled ‘Occupational diseases in dental medicine’ that included ergonomic education and stress management techniques.

Whatever stage you are at in your career now, take the time to think about whether you have a preventive approach to your mental health and wellbeing, and that you are aware of the importance of spotting early signs of stress. If you look after yourself and protect what is important, you could be set for a long happy, healthy and fulfilling career.